Empowered with a message as appealing and relatable to its community as its delicious, healthy food, Daily Table has received an overwhelmingly positive reception in its first Boston community and continues to look to expand across the U.S. 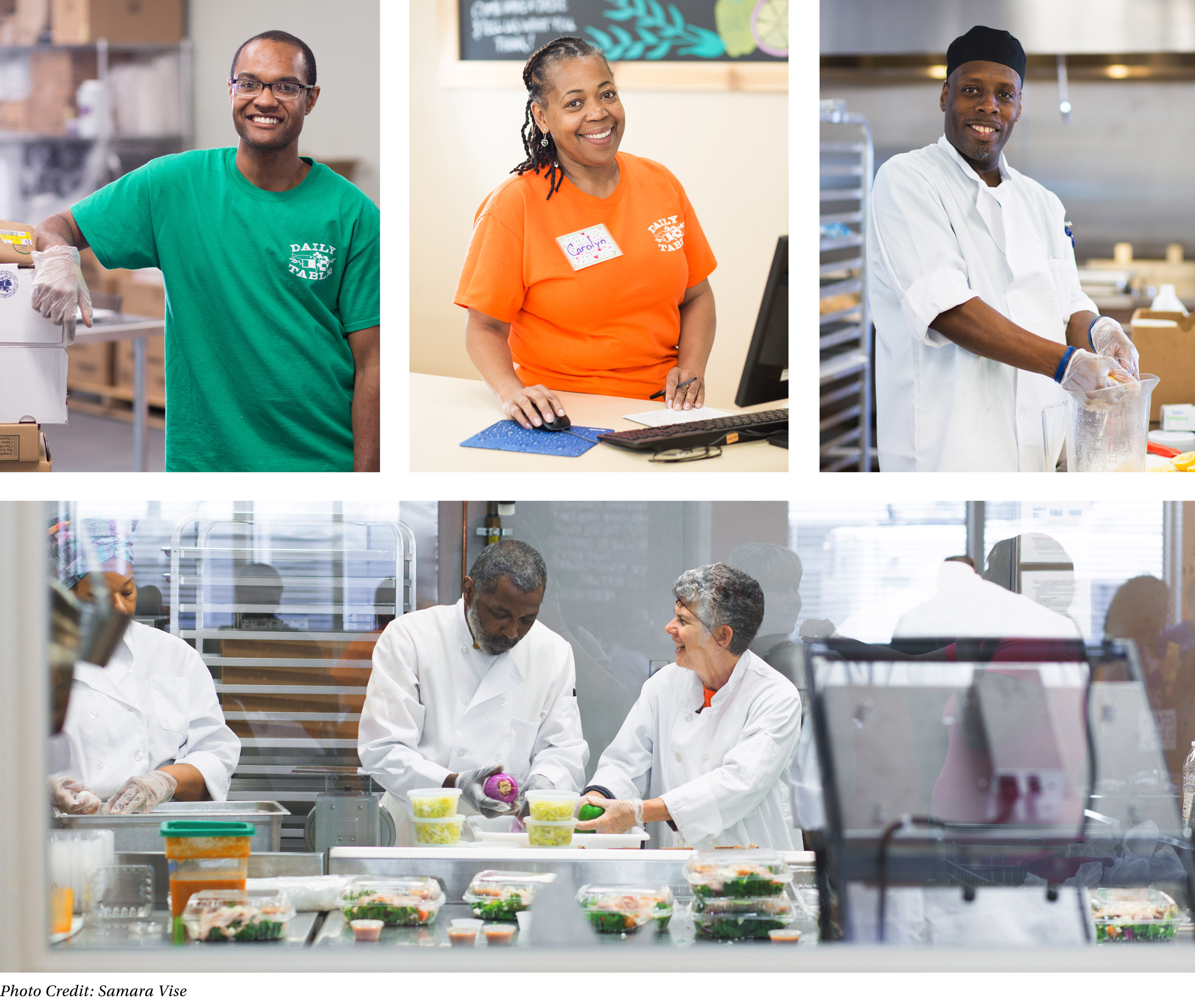 Nearly a third of all food in the US goes to waste, yet 49 million Americans don’t have access to enough fresh, nutritious food. Former Trader Joe’s president Doug Rauch set up non-profit supermarket Daily Table to reconcile this situation, selling food, that might have gone to waste, at discount prices. It was an innovative model that needed equally innovative messaging.

We addressed two potential problems in customer perception. First, we reframed confusing facts about waste and food labeling, talking instead about resourcefulness – a value most people could relate to. Second, we found that ‘healthy food’ was not necessarily perceived as tasty among its customers, meaning Daily Table could lose out to nearby fast food outlets selling at similar prices. For this reason we based messaging around taste, not health.

Daily Table opened in Boston to overwhelmingly positive reception from the local community. To date, Daily Table has recovered approximately 725,000 pounds of food that would otherwise have been wasted or headed to landfills. Doug Rauch was a recipient of the National Retail Federation’s 2016 ‘Givers Award’ given to inspirational change-makers who make retail shine as a force for good. The company is now looking to expand around Boston and across the US, in locations such as New York, Detroit, San Francisco and LA. Less wasted food, more tasty, healthy meals.

Back to Case studies